Now that I have my own business and am in a band for the first time in twenty years playing bluegrass music, I’ve been thinking a lot about success—what is it exactly? What does it mean to me? What are my barriers to achieving it?

I’ve also been rereading Sue Monk Kidd’s book the Dance of the Dissident Daughter, her memoir about questioning her spirituality and her role as a woman in a culture with deep patriarchal roots. This has led me to further questions, such as how has being a woman who subconsciously absorbed the patriarchal hierarchy (in this order—a male god, men, women, children and the elderly, animals, plants, minerals…) kept me from achieving “success”? How have I been carrying out and limited by feminine roles that I didn’t even choose?

Kidd illustrates how women have internalized various roles, without necessarily even being aware of them. A woman is expected to be all nurturing, at the expense of her own needs, to be “silent” or subvert her real views to conform to convention, and to strive to gain attention from and to please males. One can easily see how taking care of the needs of everyone else—pets, husbands, children, bosses—before she focuses on her own goals, coupled with trying to do this nurturing very well to get external approval and validation, while also submerging her true self and views so as not to make waves, would get in the way of success, whatever success looks like to any one woman.

Right now you may be saying, “Oh, hogwash. Another feminist crying about her spilled milk.” Or, you may be nodding in agreement. Either way, think about this: What kinds of associations come immediately to mind simply at the word “feminist?” Many women hesitate to even adopt that title, because it’s so negative. Go on admit it. Birkenstock-wearing, hairy-legged women, who dance naked in their gardens, who hate men, who pontificate constantly about what a raw deal they’ve gotten. While I personally see nothing wrong with a woman who fits that description if that’s who she wants to be, what I am wondering is, how is it possible that we go from being subservient “beautiful” daughters to that image in one word?

And how do we view women who don’t spend all their time caring for their partner, children, animals, community, and everyone else in the world, god forbid while also trying to be successful? Well, I’ve heard the word “selfish” more than once. She is self-centered and not good partner or mother material. She is “unique” (not in a good way) or, “wild and crazy.” Or what about women who speak up? Cosmopolitan published an article this winter about the language we use for strong successful women, as compared to men. Words like “bitch,” “shrew,” “harsh,” “pushy,” “outspoken.” While men garner these terms: “intelligent,” “a leader,” “decisive,” “strong.”

All that is the landscape for my road to “success.” Like it or not. I’m not crying in my beer. I’m deciding how to play the hand that I have been dealt. As I’ve been pondering all this, something has truly shocked me. I realized that it has never occurred to me, until now at 50, that I could actually aim for mastery at something, that I could excel completely, that I could be really good. Even now I have trouble writing “the best.” I have, sadly, never, until now, created a goal saying I will master this; I will rock this!

Instead I always thought, I will do a decent job. I can be good enough. And that’s what I’ve aimed for: good enough. “I will do pretty well, but I’m a girl, so don’t expect too much.” My parents demanded good grades; they supported my horse riding, skiing, music. But there has always been an undercurrent…not theirs exactly…but as if this message is in the air and the water—you can only do so well, but that’s it.

This sounds ridiculous. I can’t believe I’m admitting it! But by admitting it, I’m finally taking the chain off of the door. Because I can finally respond, “Nonsense!” In the past few years on different occasions, two different male flatpicking guitarists, both masters at their craft, (See? Males, in and of themselves, are not evil, of course…fie on you feminist stereotyping), said to me, “You can be a great flatpicking guitarist. There is nothing stopping you. You learn quick; you work hard.” This rocked my world. Really? But I’m a woman. I’m just beginning. And that was the first time I thought, “I can rock this.”

Still…now I have to be careful I don’t replace the old shackle with a new chain: I’m 50 years old. Our culture is as ageist, as it is sexist, as it is racist. Now I am not only a woman, but a middle-aged woman. Gasp! It took awhile before I could even say I’m 50. I took my birthday off of Facebook. For men or women, I’d argue the pervading belief is, “Why even bother pursuing success once you get out of your 30s?” Older people aren’t hip, they don’t have their fingers on the pulse of the new and the cool, and they’ve pretty much done all the growing and achieving they are going to do. Really, they should just don a sweatshirt with a lobster on it, put on some white sneakers and putter about in their garden, or take a guided tour with a bunch of other silver-hairs to some European country where they can do the hokey pokey over mashed potatoes and light beer.

I bought into this. When I was a teen, I declared I didn’t want to live past 40 because it would be no fun whatsoever. Out of necessity, I did change my tune.

Once, when I was still in my 30s (!) I was planting flowers in a window box when a group of boys from the apartment nearby strolled down the street, swearing up a whole crop of colorful words. I’ve been known to throw around the F word myself, but this was loud and excessive, and they were only about 11 or 12. It takes a village. So I said, “Hey guys, watch your language please.” And a blond, stocky kid said to me, “Shut up, you old bag!!” My face flushed red and I was prepared to march out there and ream them out good, but my ex-husband cautioned through the open window, “Kyle…just stay here.”

Do we say those things about older men? No. They get “salt and pepper,” as if they are a fine old spice, and “distinguished.” Authoritative, strong. And even handsome.

So now I’ve got two cards stacked against my psyche about success. I’m a woman. I’m 50. But those cards will be played on my terms. I’ve turned both cards over on the table. This is MY game. Instead of two’s and three’s, I see two queens—the queen of hearts who now listens carefully to the song in her heart, instead of limiting messages, who will take her writing and music passions as far as she possibly can; and the queen of spades who knows that success is tied ONLY to dedication, hard work, and a belief in yourself. And I’m doing it…no matter what careless names and terms are tossed my way. I will never be an old bag, and I will rock this.

Stay tuned for more musings about defining and achieving success for oneself…woman or man…The question will be, “are you good enough for YOU?”

“On this site nothing happened,”

through enameled coffee pots strung along the fence.

Sipping coffee with cream, I write:

fills all the emptiness.

Lucky Strike, flick of a match and smoke curls

through his lips red as canyons made for swallowing rivers.

Through nights of stars and blankets the wind drags a shadow,

drags the invisible to light.

shadows of wings beat down heat.

Death is rearranging magnetic poetry on the wall. He writes: I felt

sweet love whisper to me.

On this parched patch of earth, a single blade

Bury me in rich loam, not among chalk and bones.

Did I write that? Or did he? 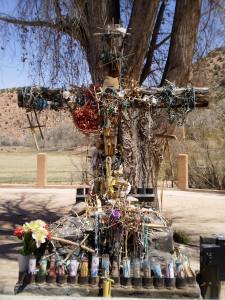